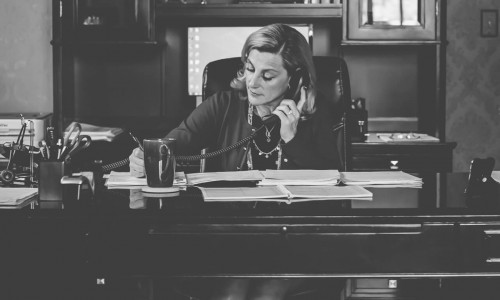 Jennifer has extensive trial and courtroom experience.  In her three-plus decades as a litigator, she has tried more than 300 jury trials in state and federal courts, from both sides of the aisle.  In addition to her courtroom proficiency, Jennifer has assisted in several internal investigations in the United States and foreign countries.

Jennifer has defended both individuals and corporations faced with huge criminal legal problems, locally, nationally and internationally.
As a result of Ms. Culotta’s capable litigation experience, she has appeared on TruTV (formerly Court TV) to comment on the trial of State v. Houston, Roane Criminal No. 13404A and B (allegations of a double homicide entailing the death of two police officers).

Ms. Culotta has the tenacity to investigate allegations and secure dismissals when justice dictates.  Recently, after a 1½ year investigation into allegations of murder, Jennifer was able to effectuate the dismissal of two cases and the release of her clients who were falsely accused of murder.  State v. Martin; State v. Guy.

Even in the face of DNA evidence, medical evidence and a failed polygraph, Jennifer successfully defended to a Not Guilty Verdict a grandfather who was accused of molesting his granddaughter.  State v. Askren.

Ms. Culotta defended an individual falsely accused of Rape in the State of Indiana, just outside of Indianapolis.  State v. Howell.  Ms. Culotta skillfully defended Mr. Howell in his jury trial, resulting in a Not Guilty Verdict as to all charges.

Ms. Culotta successfully secured a dismissal with prejudice of all rape charges against a man being held in jail in the State of Indiana.  State v. Chalker.

Again, understanding that an outright dismissal is better than a jury trial, Jennifer successfully negotiated the dismissal of all child molesting and criminal deviant conduct charges against a man being held in jail in the State of Indiana.  State v. Woods.  Prior to Ms. Culotta’s acceptance of representation, the client sat in jail for over three years, while former attorneys merely continued the case.  Ms. Culotta, through a thorough forensic investigation, established the client’s innocence with respect to the charges against him and secured a complete dismissal from the State of Indiana.

Over the years, she has advised and represented several corporations involved in Qui Tam (False Claims) litigation, including defending a corporation in a Medicaid/Medicare fraud Qui Tam suit, and defeating a potential $45 million fine, which resulted in a settlement wherein the corporation paid only $250,000.

Jennifer represented a Fortune Global 200 company in a contract dispute after directing an internal investigation that uncovered fraud and deception on the part of a distributor.

Ms. Culotta’s practice focuses on criminal defense, business crimes, and internal investigations.  Jennifer regularly assists individuals and corporations through all phases of litigation, and has tremendous experience defending the rights of individuals charged with criminal offenses ranging from petty offenses to murder.

She also has significant experience representing corporations entangled in litigation regarding fraud, RICO, tax evasion, and federal search and seizure.